The outflow of tax from Indian companies to the government treasury is rising quickly than the company’s profits before tax for the quarter which ended on June 2015. The reason is being attributed to the disallowance of tax deferrals in the new accounting guidelines, and as per the reviews of experts’ recognition of project revenues before the actual completion of project has become more stringent.

The overall data for BSE 200 companies refer to the fact that the total tax outgo of these companies stands at 12.7 percent this June quarter. Last year their profit before tax had increased by 5.6 percent. This rise didn’t include that of banks and other financial companies. The tax outgo was quite substantial and for some it even went above the profit amongst the top ten tax-paying firms.

According to the experts, the subjective interpretation for deferring income gets curtailed with the arrival of new accounting standards which also showcase specific guidelines for revenue recognition. As a result there can be quicker cash outflows in the hands of a few assesses by way of tax. However, the problem will arise when some entities might need to recognise income before the actual receipt, reducing liquidity in the business,” commented Riaz Thingna, a partner of Walker Chandiok & Co LLP. Based on the already completed project work the companies have to recognise income on a percentage basis.

RSM Astute Consulting’s Suresh Surana elaborates upon another reason why the tax outgo of Indian companies rose. As per him it was a result of effective tax rates which had increased marginally in this financial year.  He also added that “Due to tax rates going up to 34.6 percent this financial year, companies will end up paying more tax than last year.”

In the financial year of 2014-15, the corporation tax rate after surcharge for firms which possessed income over Rs 10 crore was 33.99 per cent.

Those who are leading the corporate world are of the view that the higher tax outgo due to the new Income Computation and Disclosure Standards arrives only when a situation has arrived where the private investment is drying up.

There are high expectations that the tax outgo of companies will rise in near future. The chief of financial officer of a big company is of the view that the “Corporates will be impacted because their tax outgo will go up due to the removal of exemptions from the next financial year. This isn’t good news for companies facing lower sales and profits due to the slowdown”. In the 2015-16 Budget, Finance Minister Arun Jaitley announced that the corporation tax rate would be reduced from 30 percent to 25 percent in a span of four years beginning in the next financial year.

India Inc’s performance in the June quarter was lukewarm mainly because of weaker-than-expected recovery in demand. The other reasons were inflated real interest rates and negative Wholesale Price Index-based inflation, which further led to dim industrial growth. Growth in the earnings of the corporate sector has not moved above single digits from the past three years. 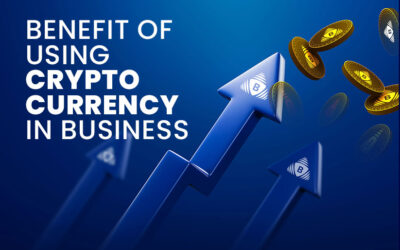