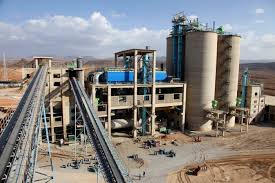 Last month, the National Capital Region (NCR) chapter of the Confederation of Real Estate Developers Associations of India (Credai) decided to stop buying cement from UltraTech and Lafarge, saying they’d been unilaterally raising prices. Now, Credai has formally complained to CCI last week about the Cement Manufacturers Association (CMA) acting in concert to raise prices. There has been a rise of 20-40 percent rise in two months, it has alleged.

In 2012, developers had also gone to CCI against cement firms citing cartelisation in prices and CCI had penalised 11 top cement makers on this count, a combined fine of about Rs 6,200 crore, its one of the highest penalty so far. The companies on which the fine was imposed included Lafarge, UltraTech, ACC, Ambuja Cements, JK Cement, Madras Cements and The  India Cements and others.

“To control the cost of construction and make home prices work for the common man, (we) have moved CCI against cement manufacturers, who have been unduly increasing the cost,” stated Credai.

It has alleged to CCI that the cost of raw material used in manufacturing cement had come down from January to September but the companies never passed on this benefit to their consumers.”Instead, they seemed to be working together in controlling supply and prices. Despite low demand, prices of cement have jumped by 20-40 per cent in major cities across India in the past couple of months.”

Said Credai’s national head, GetamberAnand, “CCI has warned CMA in the past as well but it is unfortunate that they seem to be continuing with their price and market manipulation.” The realty sector accounts for nearly half of cement demand in the country.”

There seems to be no ground for supply restriction and the recent price increase in cement, given the low demand,” said Anand.

The realty sector has been seeing a prolonged slowdown with declining sales and a high inventory. According to people in the know, the cement prices are going up because of various reasons — freight charges, increase in raw material costs amongst others.

Fight To Finish: Is It A Sound Entrepreneurial Principle?