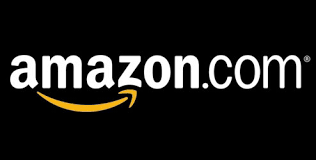 The cloud services arm of Amazon.com Inc, Amazon Web Services, has started a new service to aid businesses to study their data and a briefcase-like online service that will allow them to transfer huge amounts of data for saving and storing on the said cloud service.

Amazon.com Inc. is an electronic commerce and cloud-based computing company with it’s headquarter located in Seattle, Washington, the political capital of United States of America. It is the biggest among the Internet-based vendor in the US. Initially, Amazon.com was started as an online bookstore, but the company soon decided to diversify and incorporated selling of DVD’s, CDs, Blu-rays, MP3 downloads/streaming, video download/streaming, video games, software, apparel, electronics, toys, furniture, jewelry and packaged food items. In recent years the company has also started production of consumer electronics products like – Fire tablets, Fire Phone, Amazon Kindle e-book reader and Fire TV-and also is the world’s leading supplier of cloud infrastructure services.

In a move to strengthen its position further in the segment of cloud computing Amazon.com Inc. partnered with Accenture plc. The latter is an international management consultancy, outsourcing and technology services company. Accenture was incorporated on 1st September, 2009 and it’s headquarters have been located in Dublin, Ireland. As per the criteria of revenue generated, Accenture is the world’s biggest consultancy firm and is also listed as a Fortune Global 500 company.

As per the statistics shared by the company in the year 2014, the company had earned net revenue of $31.87 billion and had an approximate employee count of 336,000, catering to its client base with presence in 200 cities of 120 countries. In the year 2012 the company had an estimated 80,000 employees in India, which was higher than any other country and was double the headcount of company’s employees in US and Philippines which was estimated to be around 40,000 and 35,000. The current list of Accenture’s clients’ together form more than three-quarters of Fortune Global 500 companies and also boasts of 89 clients listed under Fortune global 100.

This new service is now available for preview, declared Andy Jassy, senior vice president of Amazon Web Services, during an AWS event held in Las Vegas. Those using QuickSight will have the option to share the data either live or through a screenshot, said the company.

The shippable storing product, Snowball, has been designed in a manner to allow the companies to transfer huge amounts of their data into the AWS cloud without the need to invest a bulk of their time and bandwidth as required in the case of transfer over the Internet.

The Snowball weighs 47 lbs (21.3 kg) and has the capacity to hold 50 terabytes of data. It also has a network connection of 10 GB and requires 110 Volt power. Several systems can run simultaneously.

Along with the shipping charges users will also be levied a charge of $200 per job, this will also depend on the method of shipment and the destination.

Users will have a time frame of 10 days to upload and then ship their data, after which the company will charge additional $15 for every extra day.

In the early afternoon trading shares of Amazon were down by 0.7 per cent at $534.